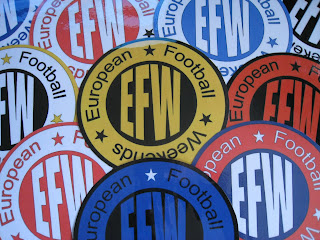 I dreamt about about a love-affair in far-off Budapest
And so it begins: The 2010 EFW Oktoberfest. Its taken meticulous planning this year, and not least because our chosen venue of Budapest decided that it would be a good idea to have all of their Nemzeti Bajnokság I teams play away from home. That's pretty much akin to turning up in London on any given Saturday and being told "sorry old chap, the best I can do you for is a game in Coventry". I'll be having words with [league sponsors] Soproni beer as a result.
So, I dug like a Chilean minor to unearth a plethora of games to attend - there's 30 football hungry punters on these trips after-all. First one was easy: Debrecen v PSV landed in our Budapest laps. Debrecen can't play their home European ties in their home town, so they moved their Europa League match with PSV accordingly - in the same street as our hotel as it happens. Not great for their fans. Bingo for us.
Next up we had the pick of two Friday night matches. Zalaegerszegi v Vasas immediately leapt of the page. The thought of singing Zalaegerszegi songs after a few beers proved too much of a temptation, obviously. I booked up a coach post haste and hey presto we'll be on our way via a pit-stop in Lake Balaton this Friday. Officially better than work - tick.
Saturday's challenge was to see two games in a day. Every nook and cranny was explored until a trip to Slovakia won out by virtue of a game set underneath a castle (AS Trencin), and a visit to Spartak Trnava - who have the most raucous, noisiest and bonkers fans in Slovakia. Think Napoli on a slightly smaller scale. Our friends over at the Slovak football blog Britski Belasi have given us the thumbs up for these two matches.
It's Sunday bloody Sunday on these trips in my experience. The local ale is likely to have played some part in proceedings, and so a more relaxing game is called for. Ujpest II are at home in their purple stadium, and that'll do nicely. There's also some sightseeing to be had of course and with that in mind I've lined up a visit to the Hidegkuti Nándor Stadium, and maybe Honved as well. I was a teenage armchair Honved fan.
Five games in four days in two countries is the current plan of action then. If you want to follow our adventure then you can do just that on the European Football Weekends and The Ball is Round Twitter feeds.
If you want a rough idea of what occurs on these trips then click on the following team names; FC Den Bosch, Rot-Weiss Essen, Vitesse Arnhem and Willem II and - as if by magic - reports should spring up on your screen.
Reports will appear on these pages during the course of next week. One each day is the tentative plan. See you on the other side. Oh, who are these 30 people I speak of that are coming on the trip? They'll be fans of Lewes, Royal Antwerp, 1860 Munich, Maccabi Haifa, Legia Warsaw, Tranmere, Barnet, Forest Green Rovers, Weymouth, Leeds United, Scarborough Athletic, Merstham, Brighton, West Ham, Ipswich, Tooting and Mitcham, Colywn Bay and Preston North End. 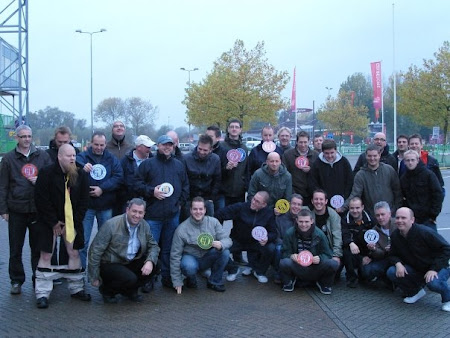 They may be in the 2nd division now, but one of the best supported teams in Hungary is DVTK from Miskolc. I lived for a year in the city and watched the team many times. They were in the 2nd division then too, but always had pretty big crowds and a good atmosphere. The stadium was also a fantastic, rickety structure in the shadow of the old castle of Diosgyor and the Buc mountains.

Meanwhile news comes in that Woking FC will visit Withdean in the first round of the FA Cup (sponsored by Pizza Hut). Surely this has to see the return of the long lost Paul from Woking to Sussex?