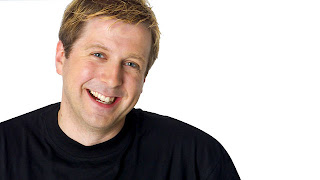 On first coming across "Chappers" I had him down as an Elton Welsby/Matt Lorenzo/Nick Owen type figure and I'm still not wholly convinced, but he comes across reasonably well here. Full marks for admitting finding F1 a struggle - motor sport should be consigned to Top Gear and not clog up sports broadcasts. Full marks also for his comemnts on gay footballers and pointing out that most fans aren't at all prejudiced.