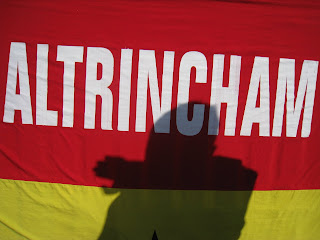 "On Saturday at five to three
There's only one place to be
Down at the Moss Lane football ground
The team come out, the crowd all roar
We come win lose or draw
The only team for me is Altrincham FC
Oh the Robins aren't Bobbins says me
The Alty!”
Lewes 2-0 Altrincham (04:04:09)

337 people turned up to the Dripping Pan yesterday to witness history in the making. Lewes FC were to enter into the Guinness Book of Records for being the most 'bobbins' team in history. They'd lost their previous 18 games in a row, a 19th would be a record for an English professional team.

They won (You what!? - Ed). Yep, they won, easily AND in doing so they scored their first home league goals since 22nd November (November!).

A shame that we had to beat Altrincham in achieving that illusive win. The Alty are the favoured team of our great pal and EFW Facebook member Frank Sidebottom.

I wasn't going to to do a report on the match but seeing as though it was such an historic occasion, I couldn't let it pass without a mention could I!? So here are a few photos from the day. 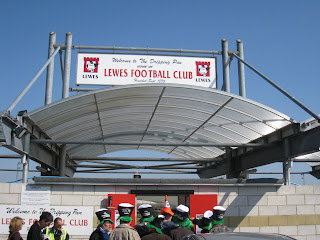 18 defeats in a row!? You'd have to be as mad as a hatter to attend the Dripping Pan. 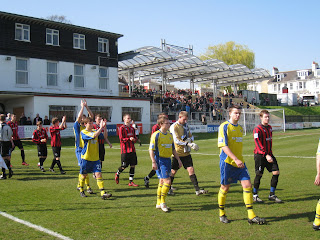 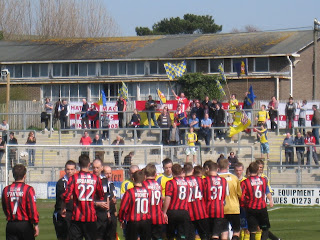 "You're going home on a organised football coach". 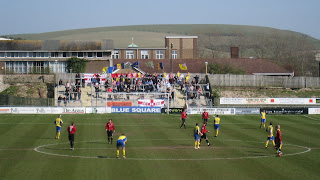 The Alty fans were fully flagged up. 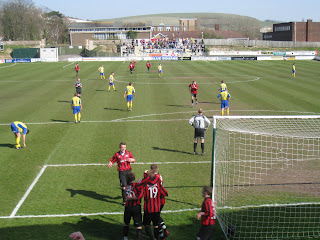 Oh My God - Lewes have scored. The players celebrate Lewes and England star Dave Wheeler's goal. The first home goal at the Dripping Pan for umpty thrumpty days, weeks and - get this - months. 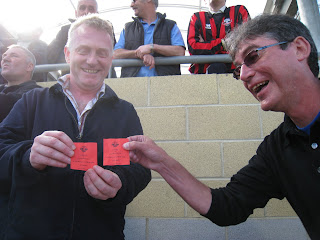 Serial 'Golden Goal' winner Cynical Dave won it again yesterday. As did our new pal on the right here (also from Scotland by the way). 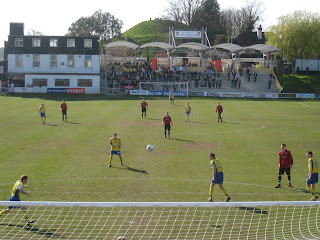 As is (non league) tradition, we changed ends at half time. 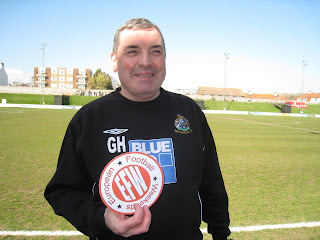 30 years in the biz. Alty manager Graham Heathcote. He was a bit concerned - during the making of this photo - that he was about to appear on a communist website! 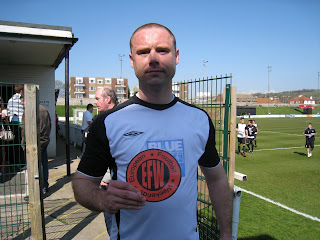 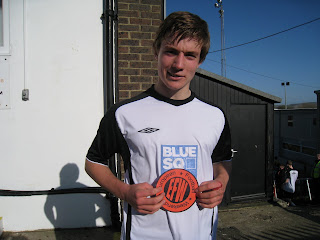 Wheeeeler! Lewes and England star Dave Wheeler. The gift that keeps giving and the Lewes player of the season by several country miles. 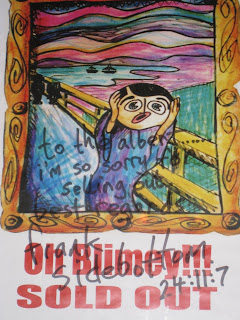 As the EFW team celebrated long into the night - who should appear on the wall of the Albert pub just up the road from EFW HQ but my mate and yours Frank Sidebottom "You know it is, it really is.".

"You're going home on a organised football coach".

Top quality captioning!! Made me laugh.