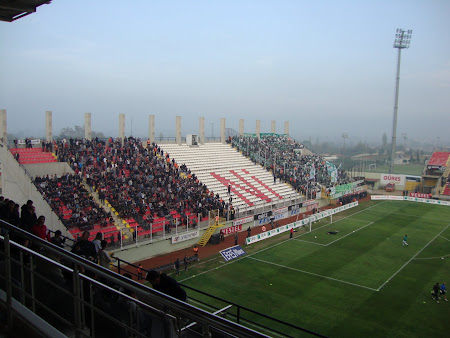 Me Tarzan, you Jane
Manisaspor 0-2 Bursaspor (20:11:10)
Ulas Gürsat continues his new weekly column for EFW. Ulas is a football reporter for the Turkish daily Haberturk Newspaper:
If you fancy a trip to watch Manisaspor, one of Turkey's oldest clubs, then bare in mind that you don't need to hang around in the city of Manisa for too long - it's very dull. Just 45 minutes away by car is Izmir, and that's where you want to be staying. Izmir: party capital, Manisa: probably not.
But don't let that put you off completely, because their football team, brilliantly, are nicknamed The Tarzanlar (Tarzans). They may not be famous for their partying, but they are rightly celebrated for their Tarzan, seriously. His real name is Ahmet Bedevi, and he fought in the Independence war of Turkey. After retiring from the army, he dedicated his life to planting trees, and took residence in the Sipil Mountains - wearing just his shorts. When the Tarzan movie showed in Manisa, locals thought it mirrored the life of Bedevi. He died in 1963 and became known as Manisa Tarzani (Tarzan of Manisa) - a famous cult hero. Statues of him adorn the city, and ceremonies are held for him each year on the anniversary of his death. 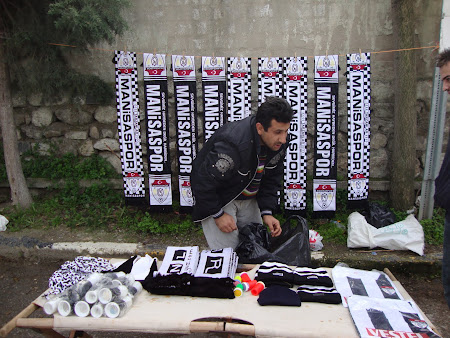 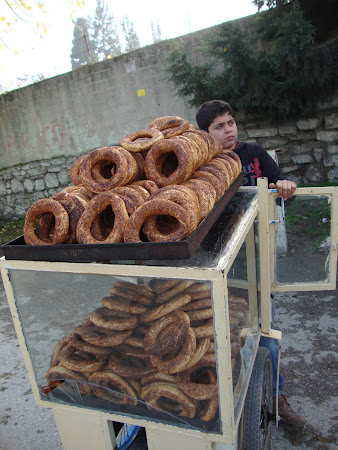 A pre-match Simit bread with sesame anyone? 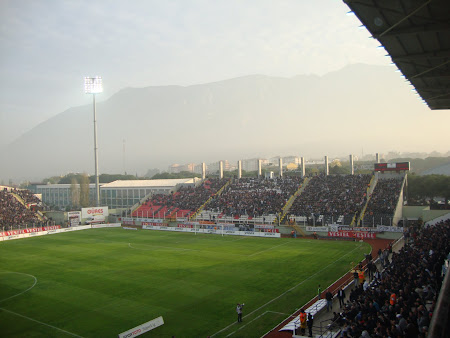 The Sipil Mountains overlook the stadium. On a quiet day you can make out the screeches and calls of Tarzan, Jane and little Cheetah.
This Manisaspor v Bursaspor match attracted the biggest crowd of the season to the Manisa 19 Mayis Stadium. After their spectacular win against Galatasaray, Manisaspor fans fancied a repeat of that success, and the thick end of 17,000 fans turned up. Bursaspor fans, for their part, also packed their section arriving in a dozen or so buses.
Planning isn't quite what it should be at Turkish football matches. There wasn't enough room for the away fans, and so some of them adopted a 'Trojan tactic'. They purchased tickets in the home sections and 15 minutes into the game they broke through the line of security and tried to gain access to the visitors pen. It's a common tactic at busy matches in Turkey.
Unfortunately, the jungle instinct came out in the local Tarzans, and there was sporadic violence in pockets of the stadium. Hooliganism at Turkish league matches still occurs on a regular basis, actually. You can see a fight nearly every 3 or 4 games. 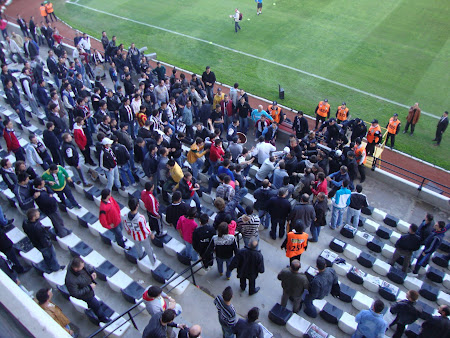 A small fight breaks out in the stands. Luckily, Tarazan was later seen swinging through the trees to put a stop to it. 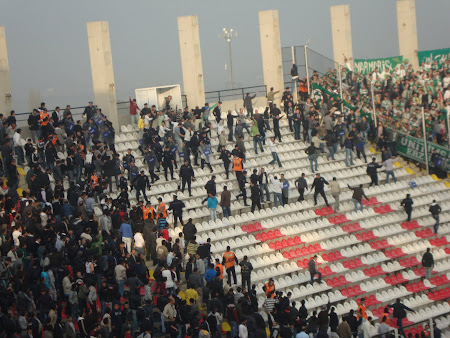 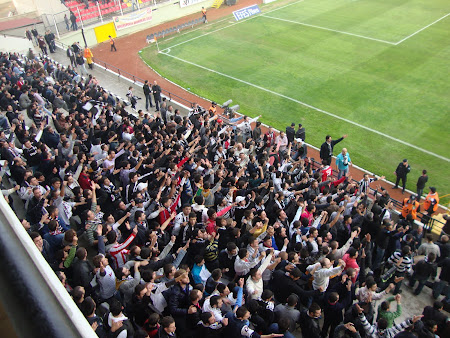 Locals respond with a bit of a sing-song and some pointy arm action.
Bursaspor won the game with an own goal from Ömer Aysan Baris, and a Pablo Batalla effort in the last minute of the first half. Manisaspor's performance failed to reach the dizzy heights of that victory away to Galatasaray last week. They seemed over confident after that win. And Bursaspor returned to winning ways after losing against Trabzonspor. Normal service resumed.
In terms of food, Manisa is not so different to many other Turkish towns. Sunflower seeds, rice with chickpeas, meatballs are the things you can try. But there are some specialities of Manisa. The Manisa kebab isn't too special, consisting of a spicy meatballs on pita. But for something different, how about the Mesir Macunu. It's a paste made up of 41 varieties of spices, herbs and roots. And furthermore, it is believed to be a natural form of Viagra. Perfect for 'getting you up' after a 0-2 home defeat no? 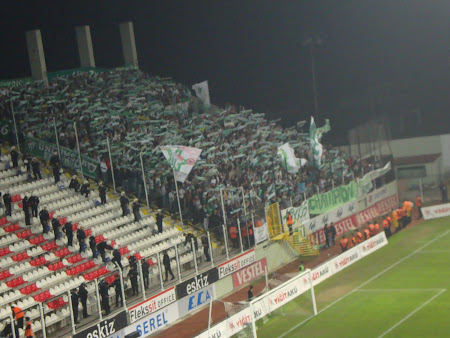 Could be wrong, but when I lived in Turkey I saw Kartalspor play a team which, if I remember well, was Manisaspor. I bought a scarf of both teams (merch guy was very happy) for the sake of collection.

Question for the webmaster of this great site: is there a way to get in touch with the person writing the Turkish reports? Haberturk has lots of staff so their site won't get me far. I have very good memories of Turkey and would like to settle either in Israel or going back to Turkey. Always nice to chat to a person as passionate about Turkey as I am.