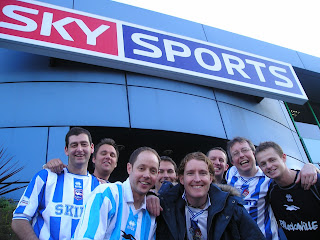 Capital P dash capital P, or if you will P-P. They are the capital letters and punctuation that every football fan dreads. Match postponed stinker. They are all over today's football league programme like a cheap Burton's suit, so in the absence of any meaningful football (who cares about the Premiership!?) I thought I'd take a visit to the EFW loft to see what I can unearth.

So ladies and gentlemen, we can now relive the day when some of the members of the EFW team made their live appearances on the old goggle box in 2005. For some reason unbeknown to man, Sky Television decided to invite us on to their flagship Saturday morning football show to be the (Brighton) fans of the week. 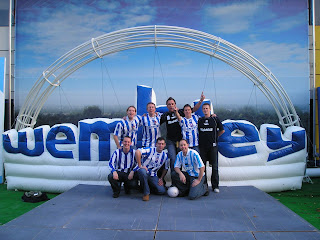 The Road to Wembley. We managed a total of no goals. That was a record low for the programme, a fact we were obviously delighted with. 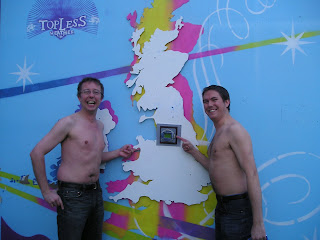 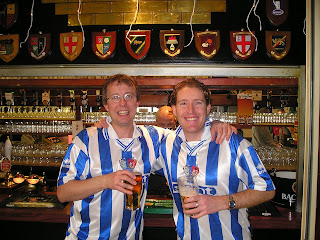 Nick and Binsy in The Wheatsheaf. 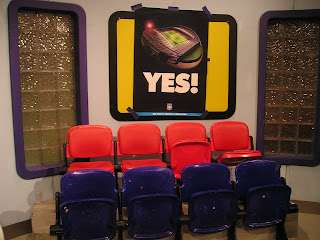 We take over the Luther Blisset Stand with our Falmer campaign. I'm not saying Brighton got the go ahead for the new stadium because of it....ok I am. It was all because of us. 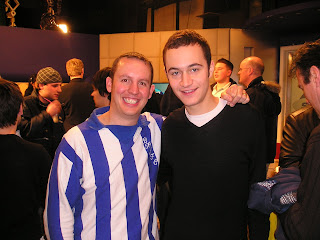 Myself (complete with obligatory cheesy grin) with Tom Smith, lead singer with The Editors. It was later reported in Q Magazine that the aforementioned Editors had been mobbed by Brighton 'Players'. As if. 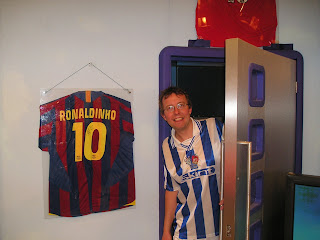 The best player in the world at the time. Next to a signed shirt of Ronaldinho. 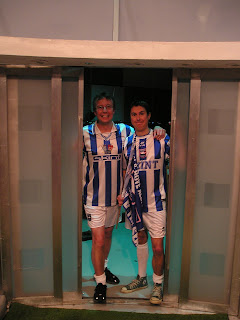 Nick and Quinners about to take to the catwalk. Form an orderly queue ladies. 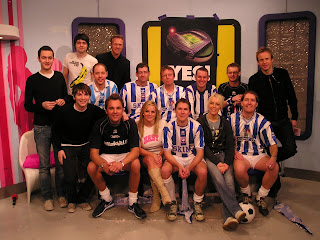 Thanks very much you've been a wonderful audience, don't forget to tip the waitress on the way out.

It was a cracking experience. Was great to be picked up in a car and taken to a plush hotel even though i had to share with Quinners who tried it on a few times. I'll never forget how many times i needed the og before we went live on air. Quinners saved the day by being our spokesman. Never again though!

Brilliant, any footage of this exist ?