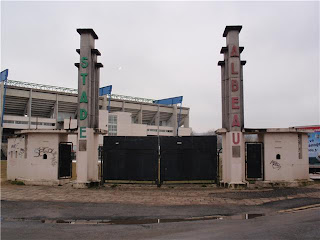 Our man in Belgium (Pat) has been on yet another EFW. This time he went to CS Sedan v EA Guingamp in the French 2nd Division (13:02:09). They have a new stadium (Stade Louis Dugauguez) but they've kept the entrance to their old place as you can see above. 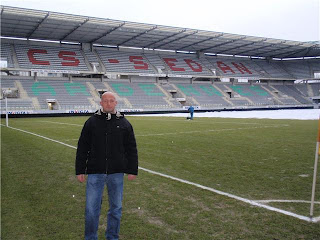 Pat managed to find the 'magic door' beforehand and engaged in the No.1 EFW favourite pastime, namely sneaking onto the pitch for a quick snap. 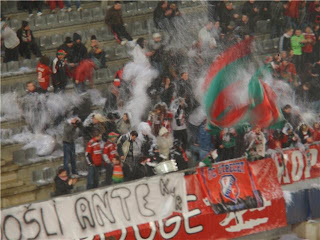 Not too sure what is going on here but it looks enormous fun. 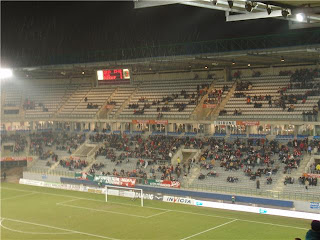 It snowed all day and it was freezing - I'd still loved to have gone though. The ground holds 23,189 which is more than the population of Sedan itself - one for the notebook! 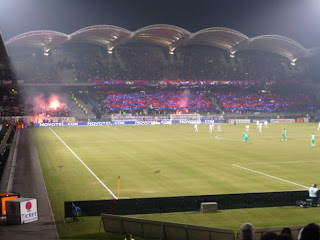 Our good friend Stephane Lievens and his pals from Belgium went to the Lyon v St Etienne local derby last week (01:02:09) which ended 1-1 at the Stade Gerland. 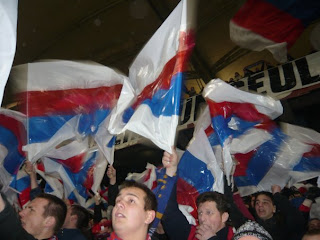 He said he was drunk when he took these photos! 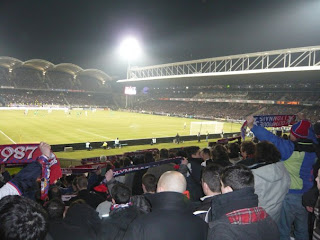 The lads met up with their pals from the 'Bad Gones 87' who are the OL ultras - heavy drinking sessions ensued. 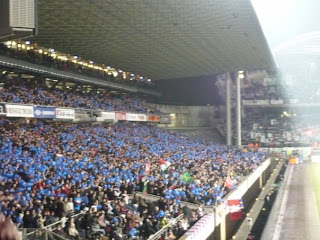 The French are into Italian style 'tifos' these days. 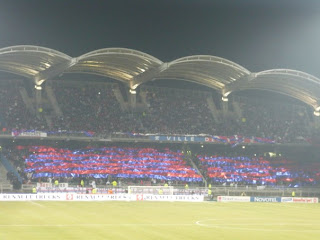 The budget obviously didn't extend to the upper tier. 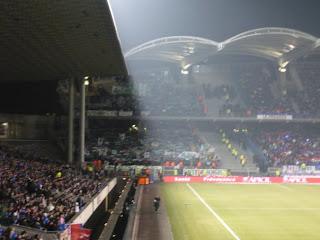 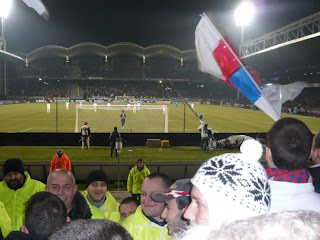 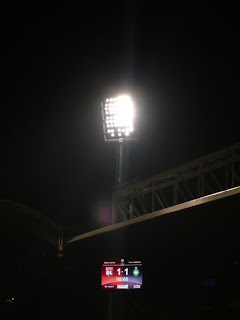 Despite having a few beers, Steph still remember our unhealthy floodlights obsession on this site. God bless him! 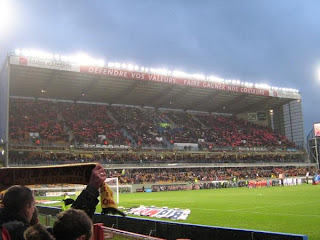 These just in from our Dutch friend Joris who attended the Lens v Lille match. 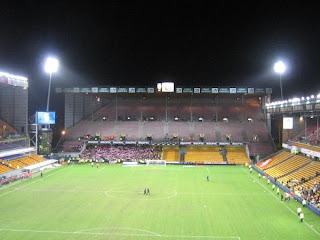 The travelling Lille fans in the ground early doors. 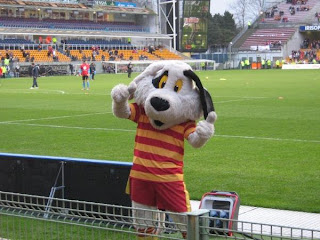 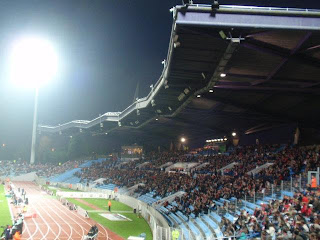 Friend of the site Patrick from Belgium sent these in from the Lille OSC v Caen encounter (25:10:08). 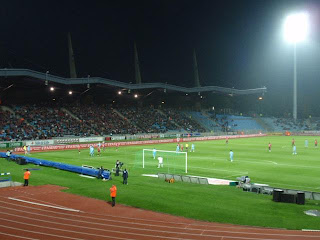 Lille OSC are currently playing at the Stade Lille-Metropole whilst their new 50,000 seater stadium in the City is being built. 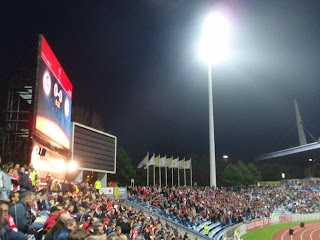 The match finished 2-2 and was described by Patrick as being 'bloody freezing'. No pain, no gain our kid. 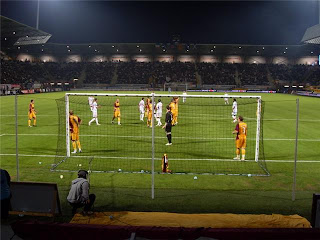 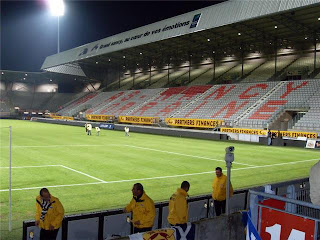 The Stade Marcel Picot home to AS Nancy. Now there is a French sounding stadium is it not!? 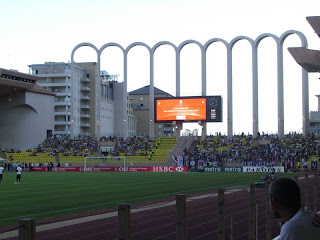 Sunderland fan Paul dislikes Magpies but loves an EFW. This freaky but uniquey stand is at the Stade Louis II - home to AS Monaco.

The pitch has been described as a 'slab of concrete above a car park'. 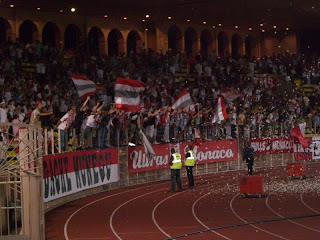 Contrary to popular belief, AS Monaco do appear to have some fans. 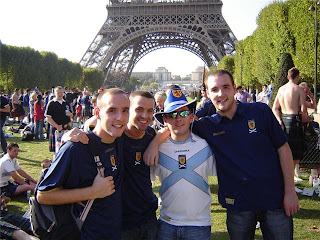 Andy and mates before the famous France 0 Scotland 1 Euro 2008 qualifier.
Posted by Danny Last at 09:50