It was a cold windy night and the wind did blow 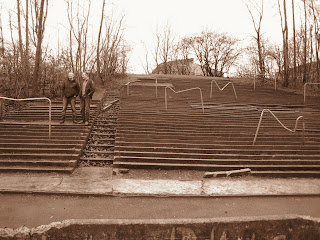 The aim prior to the above was to travel up by plane and see two Scottish Cup games on Saturday and one more on Sunday. What could possibly go wrong!?

How nice it was on the Friday night as we made our way through customs at to bump into our very dear friend Marcel Desailly. Marcel and I go way back when – passport control two minutes beforehand – and as he hauled his world and European cup medals through security we chatted at length until he had to dash off to the BA club lounge.

We were met at by a representative of the Scottish FA whom we’d met on a previous visit to . If there is a nicer man in show business then I for one have yet to meet him. I won’t embarrass the chap by naming him so for the purposes of this article I shall refer to him as John Smith.

We’d arrived in in time for a few beers on Friday evening. We duly set about our task of drinking as much as possible whilst listening to Smithies fabulous tales on footballers past and present. Just for starters there was this one story about (oh no you don’t – Ed).

With the car hire (£15 thanks very much) in the bag, we set off for our first destination – Clyde FC. Their game was being shown live on Sky Sports with a 12:45 kick off. This would enable us to see that game then jump in the car and head down the road to Airdrie for their 3pm start with .

As we pulled over near to Stirling – yes, yes we’d taken a very wrong turning- I received a phone call saying the game had been called off, as had the Airdrie game due to frozen pitches.

What to do in a time of crisis!? Well, we were near to so we went up and had a look at the castle. It’s one of the largest and most important, both historically and architecturally in and indeed . Enough of that however, from up there we could see it in all its glory; The Forthbank Stadium, home to Stirling Albion.

The woman on the reception of said stadium could not have been more accommodating to our request of a ‘quick look around’. She found the magic keys, opened the door and with a polite “just stay off the pitch lads” we were in.

There simply aren’t many finer things in life than just you and your mates in a football ground alone with nobody to bother you. Everybody should do it at least once. We sat in the dug outs, made a couple of substitutions, ran out of the tunnel, nosed around the dressing rooms, sat in the boardroom – brilliant fun. Who wouldn't make a substitution in an empty stadium in Stirling given the chance?

A quick look in the paper assured us that Falkirk were at home to . Falkirk is not far from – we’d see a game after all. Whereas Stirling was pleasing on the eye being a medieval old City with the castle and all that gubbins, isn’t. It’s an old industrial base and nowadays acts as a retail and administrative centre for the area.

The terribly named Falkirk Stadium is still being built. Two sides of it consist of two fancy new stands. The other two sides amount to a temporary stand along one side of the pitch and nothing but advertising boards behind one of the goals. The locals warm themselves up with a tune A fine example of an Eric (gates - ask you Dad) The green green grass of home

You can’t buy beers inside Scottish football grounds due to a Rangers v Celtic match that ended in chaos in 1980. Get over it everybody would be my advice and let the ale flow.

The game itself was an absolute belter. Three goals inside the first ten minutes warmed the cockles and it ended up 2-2. A very impressive turn out from the vocal fans and the home fans responded late on with their own repertoire of songs.

I don’t think I have ever heard so much swearing at a match. Every decision by the referee was greeted with howls of derision from both sets of supporters. At one point midway through the second half, Falkirk’s keeper took a goal kick and a chap near me leaped out his seat and shouted “You are a fu*k*ng disgrace referee”. Fairly harsh I thought.

After the game we drove back to and met up with John Smith for a pub crawl around the west end of the City. More fabulous stories and free flowing beer ensued – it was a great night.

I awoke on Sunday morning to my normal diet of Sky Sports news. They were informing anyone sober enough to care that Rangers game with had just been postponed due to a waterlogged pitch. With that game being the only one taking place in Scotland that day we’d had what is commonly referred to as ‘a stinker’.

John rang us to confirm the bad news and told us that instead he would show us around his place of work. Not normally something to write home about but when you work at Hampden Park, the national stadium in Scotland with fine football museum to boot, it’s not a bad alternative.

We met up with and chatted with all the staff in the museum. What a great place it is and if you ever get the chance to, pop in and have a look. One display boasts an exact replica of the European Cup which was made up for Alex Ferguson after he won in with Manchester United. He loans it out to the museum.

I was then asked something I’d dreamed about ever since 1979 when I watched John McGovern lift it for Nottingham Forest - “Do you want to hold the European Cup!?” Of course I did. So out came another set of magic keys and before you know it – I was holding the European Cup aloft complete with cheesy grin. Want to hold the European Cup Danny Boy? If you insist.

After that we had a good look around the stadium, and another stadium and in fact two more stadiums. John had chosen this day to put in a man of the match performance and drove us around taking in Partick Thistle FC, Third Lanark FC (check them out on Wikipedia) and Ibrox, where we should have been watching Glasgow Rangers stick ten past . Up The Jags - Its Partick Thistle And if you know your history - Third Lanark FC Here's what you could've won.

So we only saw one game instead of three. We did however, make a friend for life in John, sunk a few pints, chatted merrily for hours on end and thoroughly enjoyed ourselves. Mental note to self though; don’t go to in January to watch football. Brrrrrr…………

Your substitution choice... taking off the 'keeper for a striker! How many down were you?

I was trying to entertain the sparse crowd Mr Le Ross!