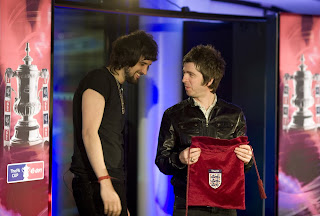 I will let you off for dumping the podcast for Carlos Tevez and David Silva after this great read.

Football is important in the grand scheme if it lets others share reflections and pure joy, like you have done; but don't kick our seats next time!

It is great to see David Bevan back.