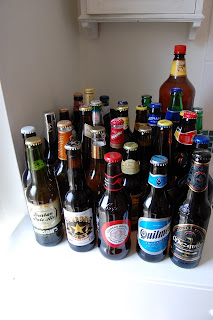 The Cup of Good Hop
by Peter Styles
Put simply, Cop of Good Hop can be explained in six words – 32 countries, 32 beers – two blokes. Three weeks ago my friend James and I set each other the challenge of sourcing a brew for each nation competing in the World Cup. Now, with six days to go before the first games, we have only three to find – Cameroon, Slovakia and Uruguay.

It’s been a great deal of fun – we’ve done photoshoots and live beer tasting on the BBC, and investigated the world of esoteric beer – neither of us were strangers to the odd pint or six, but we’ve learned a lot about rare brews and where to find them. My favourite place is Utobeer in Borough Market, about a pitch’s length from Southwark Cathedral.

So far the Cup of Good Hop blogsite has had thousands of hits from more than 30 countries. Esteemed soccer journo Henry Winter gave us a plug on Twitter and wished us good luck – and with any luck we will – with a bit of creative thought – complete our noble yet slightly bonkers Dave Gorman-type quest and get on with the most important part – staging a beer World Cup.

We are going to pit bottle against bottle in a taste challenge mirroring the 64 WC fixtures in order to find the best combiner of hops, yeast, water and most importantly alcohol on the planet. Apart from the odd beer that we’ve drunk then replaced, the majority of brews are a mystery to us. The first bottle I bought was Switzerland’s Samichlaus, which has a hair-curling ABV of 14% and has ‘the strongest lager beer in the world’ written on the bottle. Paraguay’s entry weighs in at 12%, and there are a few others that would make you see your dinner before too long.

So what of England’s chances? Well, believe it or not, the biggest beer in Algeria is Skol – so I think we can safely assume they won’t be troubling the judges, and the current entry for the USA is Budweiser, but we have had pressure from some of our many American readers to get a decent beer to represent them. As for England, we have several to choose from, but reckon Jaipur by the Thornbridge Brewery in Derbyshire would be a worthy adversary. As in the ‘real’ World Cup, England’s chances of advancing through the Cup of Good Hop group stage looks rosier than a … err, very big rose garden.

But it hasn’t been all about intrepid beer hunting – we’ve tried to look at the World Cup through the distorted lens of the bottom of a bottle. In one of the posts I investigate the players with amusing names who will be gracing our screens over the next month. Chile’s Waldo Ponce is my personal favourite, closely followed by Gaetan Bong of Cameroon - Germany’s Hans Butt brings up the rear of this particular miscellany. 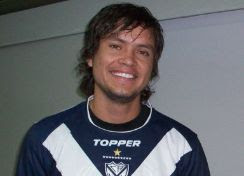 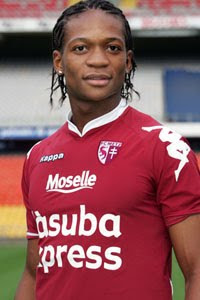 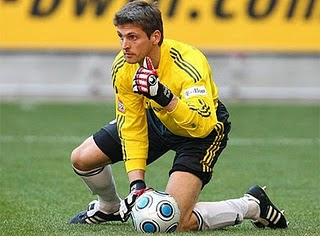 Bringing up the rear it's Butt of Germany
So if you know where to get hold of Uruguayan, Slovakian or Cameroonian beer, or simply in need of alternative entertainment in between matches – you know where to go. You may not have time now to get all 32 beers together to hold your own Cop of Good Hop, but you can experience it vicariously through ours… and whatever you’re drinking during the festivities – may your cup be of good hop.

Peter Styles and James Byford will be hosting the Cup of Good Hop throughout June and July. EFW's Danny Last and TBIR's Stuart Fuller will be our EBT – Executive Beer Tasters.

Follow the lads adventures on the Cup of Good Hop Blogsite.
What beer will you be drinking during the World Cup?

In keeping with the task the photo of some of the contestants at the top is a bit of a blur. So:

The Cup of Good Hop said...

After a bit more beerhunting yesterday, we've only got Cameroon left to find.
The COGH World Cup will be held next weekend - and the results will be released on the site throughout the World Cup, including match reports of all 64 encounters...

I found a beer called "Castel", which apparently is Cameroonian... Dunno where you would get it though.

The Cup of Good Hop said...

whereabouts are you Chris?

if all else fails I would have thought an old-school French colonial type beer, or failing that any French beer will do...

Think it's already been mentioned but Golden Pheasant is a drinkable Slovakian beer. As you might expect it doesn't taste a world away from Czech beers like Budvar and Staropramen. As for Samiclaus good luck with that one.
I think it's about 14.5 ABV. Someone bought me a bottle once and it was almost undrinkable. Very strange indeed.

What about Dogfish Head 120? ab 18%ABV. This is from Delaware in USA
Check out website: http://www.dogfish.com/brews-spirits/the-brews/occassional-rarities/120-minute-ipa.htm

Budwiser?? REALLY? Sooo many more better choices from the USA! Can't even remember last time I had that piss-water...or maybe that's the deal, you're looking to pit the worst beer from each country???

@Anon - They've since listened to their trans-atlantic readers, and have replaced Budweiser with Sierra Nevada Glissade.

See you soon for a couple of Dogfish Heads old chap.....

This is the best idea ive heard in a long while so much so ive stolen it.

Four of us up here in Scarborough are trying to get as many beers as possible from the competiting nations before we have a bbq and sample them all on July 3rd.

We have 21 so far as most our 'offies' mainly only stock Stout & Mild, so Mr Last if you could pop round to the African shop in Brighton that stocks Ghanaian lager for me that would be great!