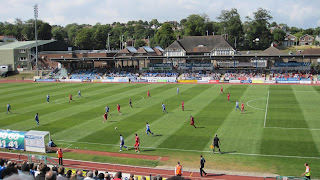 Almost a year ago to this day, EFW - which is based in Brighton, well Hove actually - packed its drinking boots and headed to Aberdeen. After reading, and eventually writing about their 'Red Ultras' we were hooked. We saw them play Celtic, dashed across the city to see Cove Rangers - just for kicks - then made merry for days in the plethora of brilliant pubs. Mi casa es su casa as they say - now it was time for them to visit us.


Brighton were fresh from a round of friendlies in Portugal. One of them - against Portimonense - was abandoned after a "mass confrontation". Albion's (mad as a box of frogs) gaffer Gus Poyet defended his teams actions. "It was good for team spirit" he said, "they cried at the first sign of an English tackle, just like I did when I first arrived to England" he added clutching at straws.


Albion do have previous in this department. I was in the Republic of Ireland years ago for the 'Battle of Longford'. That friendly was also abandoned after a wayward Charlie Oatway tackle lead to a scene reminiscent of the Benny Hill end credits, with everyone chasing each other around the pitch and eventually into the changing room for another "mass confrontation".


Poor old Aberdeen. Whilst Rangers have been in Australia playing in the Sydney Festival of Football and Celtic off on their usual world tour playing anyone with a buck, The Dons have made do with Tamworth, Port Vale and now Brighton. At least their real fans have travelled for these games and in fairness they do play away in Kaiserslautern next week. Dreamy.


As usual, the Dons fans had travelled in good numbers - 516 to be exact. A round-trip of 1194 miles for a friendly? Pah, peanuts - bring it on pal. There was no sign of the Red Ultras though - they disbanded after multiple hassles with the authorities last season. They have now reformed under another name - Red Army 12 - and have something special planned for SPL opener with Hamilton apparently - welcome back and good luck lads.


So after a few afternoon range finders including a few pints of Old Rosie - weighing in at a sleep inducing 7.2% - we headed off to Withdean Stadium. I won't bang on about that place again (you did enough of that here - Ed.), suffice to say this is the Seagulls last season here, and mercifully, next season they're moving to Falmer - The American Express Community Stadium to be precise. And it looks lovely already.


If Mark McGhee was worried about how he'd be welcomed back to Brighton he needn't have. Memories of that play-off win in Cardiff outweighed the negativity that marked the end of his tenure, and his sojourn across the Withdean pitch was greeted with a standing ovation. He must have felt like a golfer strolling down the 18th at St Andrews. Whilst we're on that subject, golf fans are easily pleased aren't they? They clap absolutely everything. 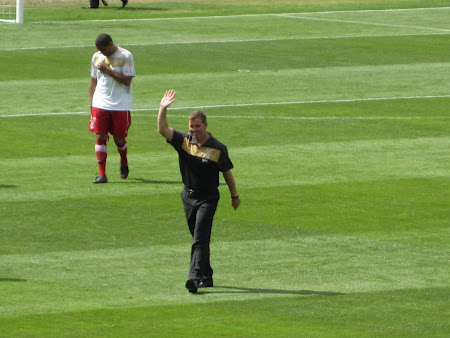 Mark McGhee milks the applause of the Withdean faithful. 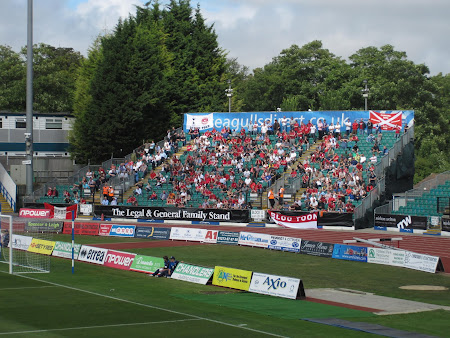 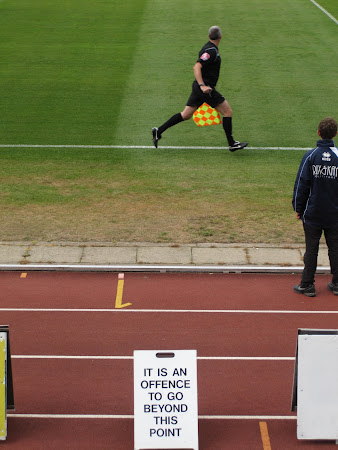 Rebel without a cause.

I'm not too sure how seriously Aberdeen took the match - which the Albion won with a wonder strike from Elliot Bennett. There were reports that they were out in town sinking a few beers the previous afternoon. Not too surprising then that despite fielding their first team, their only shot in the whole game came in the last minute when a Michael Paton volley shaved the post.


On the flip-side, Brighton were pretty impressive. It was one-way traffic in their favour. Oh, and what's not to like about an Argentine winger called 'Baz' who shone out in his bright yellow boots and seemed determined only to attempt to score goals via the scissor kick.


Back at EFW HQ afterwards, fans of both clubs drank, and eventually sang long into the night. There was apparently some fairly serious trouble in town but we're more into giggles and beers than fighting here at EFW.


Aberdeen now move onto Germany then, whereas, for the Seagulls, anything other than relegation this season should ensure that they will be watched by crowds of 20,000+ at the beginning of next season in their new shiny home. Exciting times on the South Coast. 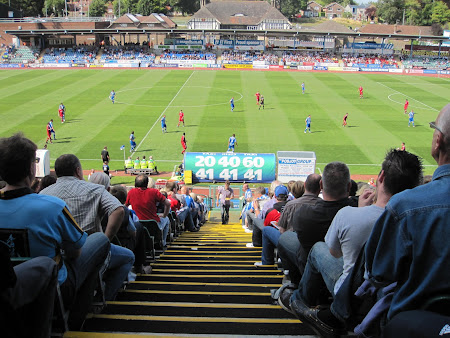 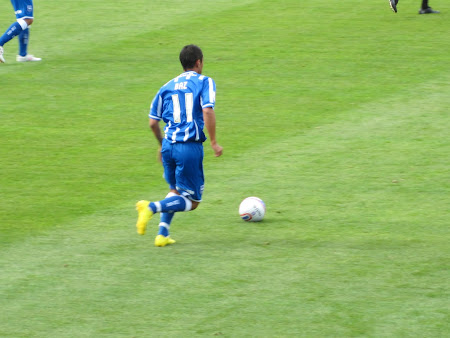 Argentine Baz in those boots. 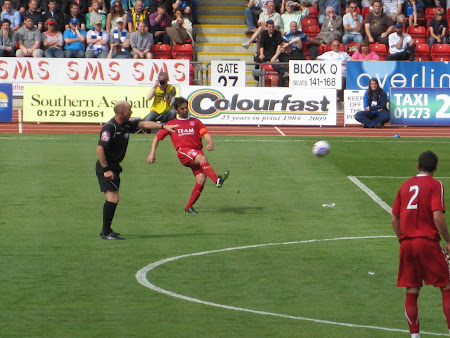 New Dons signing Paul Hartley failed to impress on his Dons debut.
For lots more photos CLICK ME.
- Feel free to comment below -
Posted by Danny Last at 08:23

For any new readers, I don't tend to dwell on the actual match too much. You can read match reports anywhere. There's two here.

And not even they talk about the actual match in any detail do they?

There is a in depth report on the splendid Inverness Red website here:

I saw this match and it was pretty dull to be honest with you!