REST OF THE WORLD 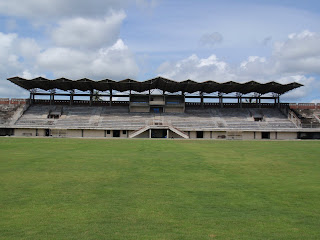 Asian Football Weekends anyone!? Our mate Pat from Belgium did just that - well more of a Asian Football Month really. He kicked off at Kapten i Wayan Dipta Stadium in Gianyar Bali, Indonesia. 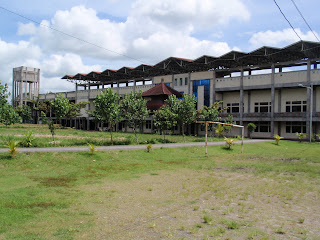 It was the home to Bali Persegi FC but they've since gone bankrupt and have stopped playing. Shame. 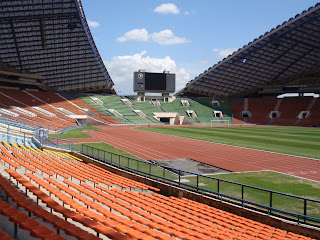 He then popped into the Shah Alam Stadium 15 miles outside of Kuala Lumpur. It is home to the Sengalor FA and was opened in 1994 when a Senglaor FA selection team attracted the might of Dundee United over for the opening. I guess Motherwell were fully booked up that night!? 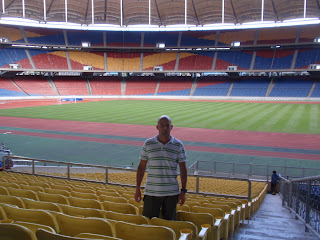 Here's our man! This time at the Bukit Jalil National Stadium in Kuala Lumpur. It holds just the 100,000 and is the 8th largest stadium in the world. 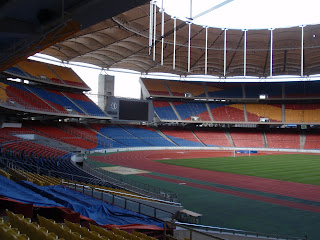 The Malaysian national team play here and so of course did Gwen Stefani on her 'The Sweet Escape Tour' - what a night that must have been. 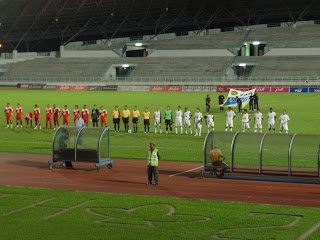 Pat then went to a Malaysian Division 1 match (Mmm...). He saw the delightfully named My Team FC lose 0-1 to Pahang FA in front of 300 lucky punters. 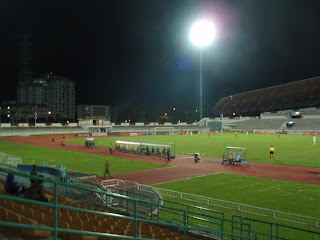 You could hear the sound of the local mosque echoing around the stands. 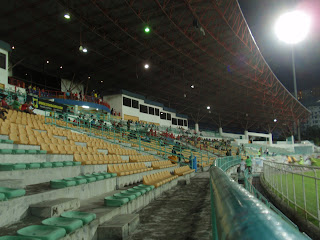 It was played at the Stadium MBPJ Petaling Jaya. I'll be asking questions later so I hope you are jotting all this down!? 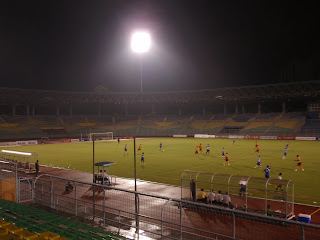 Lastly, (boo - Ed) Pat headed to a match in the Malaysian Division 2. He saw Felda Utd lose to Johor in front of around 200 fans at the Bola Sepak Stadium in Kuala Lumpur. 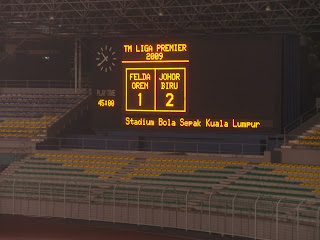 Thanks for sharing your Asian Football adventures with us Pat! You can see and read more at Pat's Football and Travel blog. 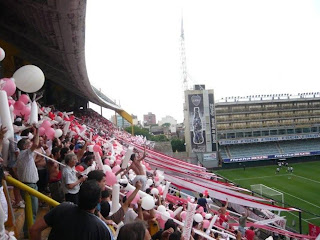 Stephen Harris is another chap who's had the Buenos Aires football experience. It has to be the world's number 1 city for football!? 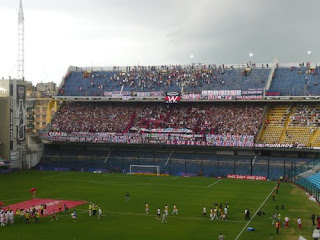 Stephen attended the Huracan v San Lorenzo match which was actually played at Boca Juniors ground. The crowd was restricted to 23,000 because of security risks which also meant there was a staggering 1,100 police on duty for the match. As it was the game got abandoned not because of crowd trouble but due to a heavy downpour. 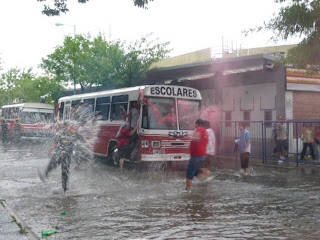 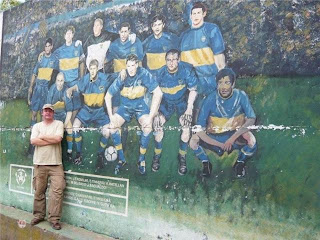 Here's our man posing with the Boca Juniors. 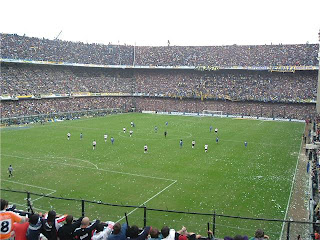 Not strictly speaking European but who gives a rats when it's Boca Juniors v River Plate!? Click on the above image to enlarge it and take note of the trillion fans packed in behind the goal. 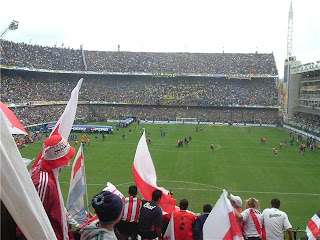 These photos were sent in by Tom (Brighton fan) who used some of the following to describe his match day experience at the Estadio Alberto J Aramando "Amazing, stunning, crazy, best ever". 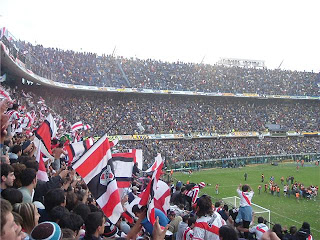 Without too much care for his own personal safety, Tom opted to go in the 'away end' with the River Plate fans. 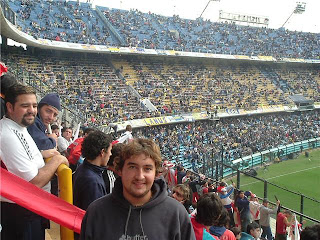 Here is Tom. We salute you sir! Boca Juniors v River Plate should be on everyone's CV. 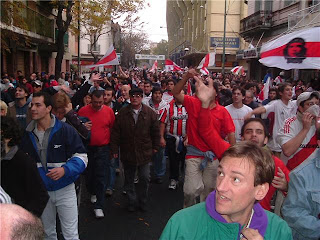 Post match scenes outside the stadium. I for one was shocked to see Che Guevara make an appearance. 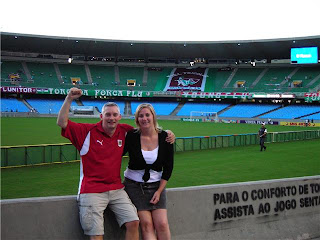 Forget Europe - Bristol City fan Dave took his wife to the Maracana in Rio de Janeiro. Does life get any better!? (no - Ed) 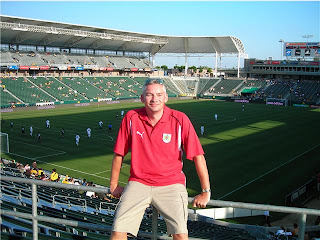 Dave again the Home Depot Centre, Carson City, Los Angeles for the LA Galaxy v Columbus Crew game in July 2007. It was just prior to the arrival of our Becks.
Posted by Danny Last at 10:12

in regards to the Malaysia football, those teams aren't the power house..try look up for the new Malaysia Cup Champion Kelantan FA. Their fans are the most fanatic, and they flocked the stadium, home and away too!