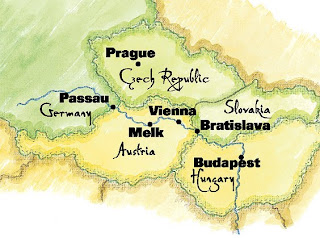 EFW Oktoberfest 2010 anyone!?
Our work here at EFW Towers is never done. Following the undoubted success of the inaugural Oktoberfest to the Netherlands and Germany, plans are already gathering pace to organise next years footballing fiesta.

Numbers will be limited to just 50 people with priority booking given to the original 32 members who attended in 2009. I'm currently conducting a feasibility study on the following two options:

i) Three days of football and beer in and around the Hungarian capital of Budapest. Simple.

ii) An altogether more ambitious plan. Hiring a coach in the Netherlands proved to be a big hit and enabled us to see two games, in two countries in one day. How about *deep breath* hiring another one and seeing a game in Budapest, Hungary on Friday, another one in Bratislava, Slovakia on Saturday before ending up, seeing a match and flying back from Vienna, Austria on the Sunday!? Ok, everybody breathe normally.....and relax.

In other news, I've also been contacted by a new media company who are keen to film a documentary of the trip. No really, it's true.

Obviously it's very early doors yet. I just thought I'd update you on what is occuring. More to follow in the coming months...... 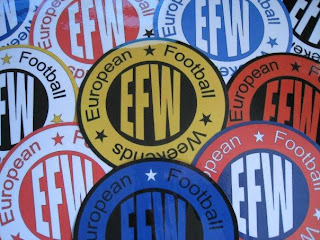 A documentary... I told you Hans gonna be famous some day !

I'm definetely up for it!

A TV documentary you say?
"Danny Dyer's Football Weekends"? "EFW Flying Circus"? "Little Britain Abroad Vol. 2"? I wonder how they're gonna market it. And yes, it will probably end up in a Grammy award for SuperHans...

Hungary, hungry, yeah it was meant to be a 'play on words' but it might come across as a glaring spelling error. Oh well, who cares!?

The tv documentary stuff is actually 100% true. Hans might want to have a haircut that week! I think we're more 'flying circus' than 'Danny Dyer' don't you!?

To Pat and the rest of the Antwerp boys.

See you all soon

Hans is in for a lot ;-) We are thinking to come over for the FGR - York City game so lock up your daughters for him!!

Would be good to see you boys over at the Lawn. Tell Hans all daughters will be safely locked away !

Did you note we made it through to the 3rd round of the FA cup. How about joining us for an awayday in Nottingham ?

Hi Dan,
you're right: It was supposed to be another play on words but I messed it up. I was thinking of "Danny Last's Football Weekends" as a potential title for the TV doc :-)

Maybe we can work it out where myself and Mr. Clark come over for the extravaganza!

I myself would be up to it, though I'd have to figure out the logistics of getting over that darned Atlantic Ocean!